Sonic Syndicate ready to tour with Amaranthe and Smash Into Pieces 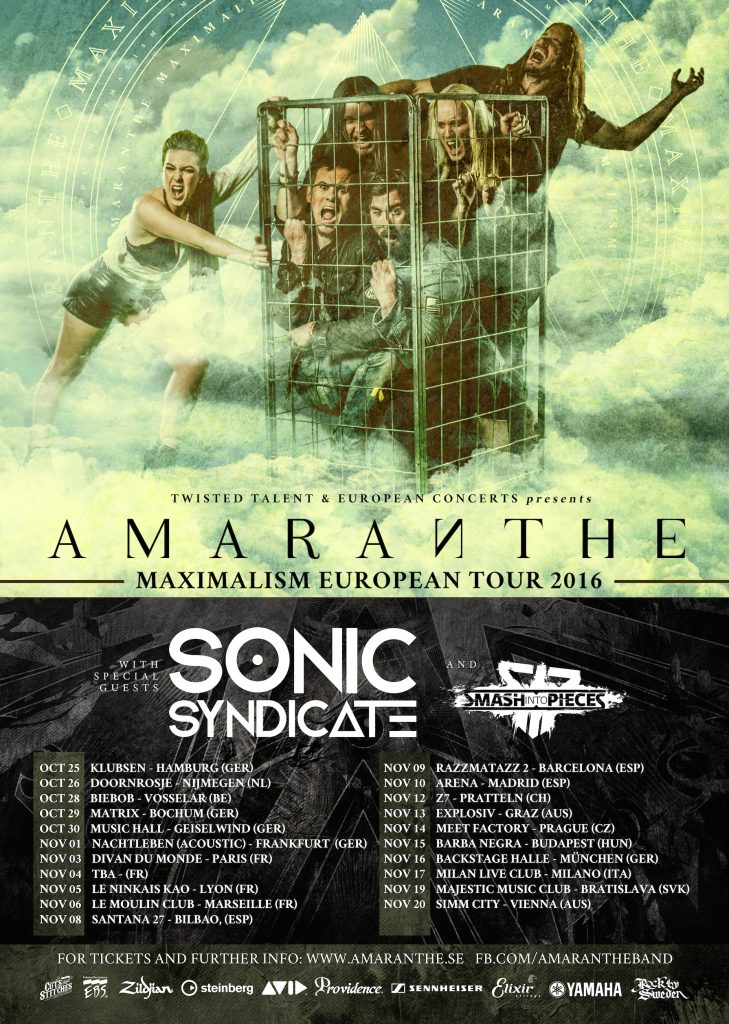 Since 2005, Sonic Syndicate has been pounding away at the international music scene touring Europe, North America and Asia. The new album is to be released October 14th 2016 on Despotz Records, followed by the Maximalism European tour with Amaranthe and Smash Into Pieces. The band describes their new coming album “CONFESSIONS” as a new start for Sonic Syndicate.

“We have CONFESSIONS to get out to the world: On October 14th we will release our brand new album CONFESSIONS and we can not think of a better way of doing it than to celebrate with our fans.

With that said, we’re excited to officially reveal that we’ll be hitting the road with Amaranthe across Europe in October / November. Amaranthe has a similar relationship to their fans, and we know that this is going to be one of the most heartfelt and intimate tours ever. Opening band, Smash Into Pieces also brings their own style. Musically we complement each other to the point that the whole evening with all shows will be an adventure for the crowd. This isn’t only going to be memorable, people will say this is how all tours should be.”
/Sonic Syndicate

Sonic Syndicate was formed in 2005 by guitarist and founding member Robin Sjunnesson, who at the time was just sixteen years old. Later that year the band released their debut album on a small independent US label, to be followed by their sophomore release “Only Inhuman” via Nuclear Blast Records in 2007.

The band started to gain worldwide recognition and toured relentlessly, hitting the road with Nightwish, In Flames and Soilwork amongst others. This resulted in them scooping Best Newcomer at both the Swedish Metal Awards and Bandit Rock Awards 2008 in Stockholm, Sweden.

In 2009 the band ran into a little turbulence and swiftly introduced they had a new singer by the name of Nathan J Biggs. Without delay the band jumped into the studio and recorded a new single “Burn this city” which was released a few months later.

Their next album “We Rule the Night” (2011) was accompanied by an elaborate worldwide marketing campaign which resulted in first single “Revolution, Baby!” and also the album selling Gold in Sweden.

During this time Robin and Nathan formed an inseparable bond and shared the same vision of where they wanted to be in music. Although having enjoyed the journey so far they knew unless they fought to express themselves, Sonic Syndicate would always remain in the shadow of the aforementioned bands. This action lead to an extended break and ultimately a complete line-up change except for Nathan and Robin, who went on to record their self titled album “Sonic Syndicate” (2014) their last nod to heavy metal and final release under Nuclear Blast Records.

Touring bass player Michel Barzien was initiated as a full-member and the trio set their minds to creating a new sound and vowed to write only from the heart. The band signed a deal with Despotz Records and went directly in the studio to begin writing and demoing tracks.

In late June, 2016 the band entered Purple Skull Music to record their new album “CONFESSIONS” with producer Kritoffer Folin, the new album is set to be the bands most diverse and unique work to date. 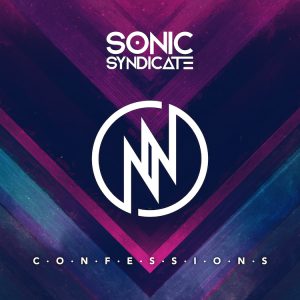