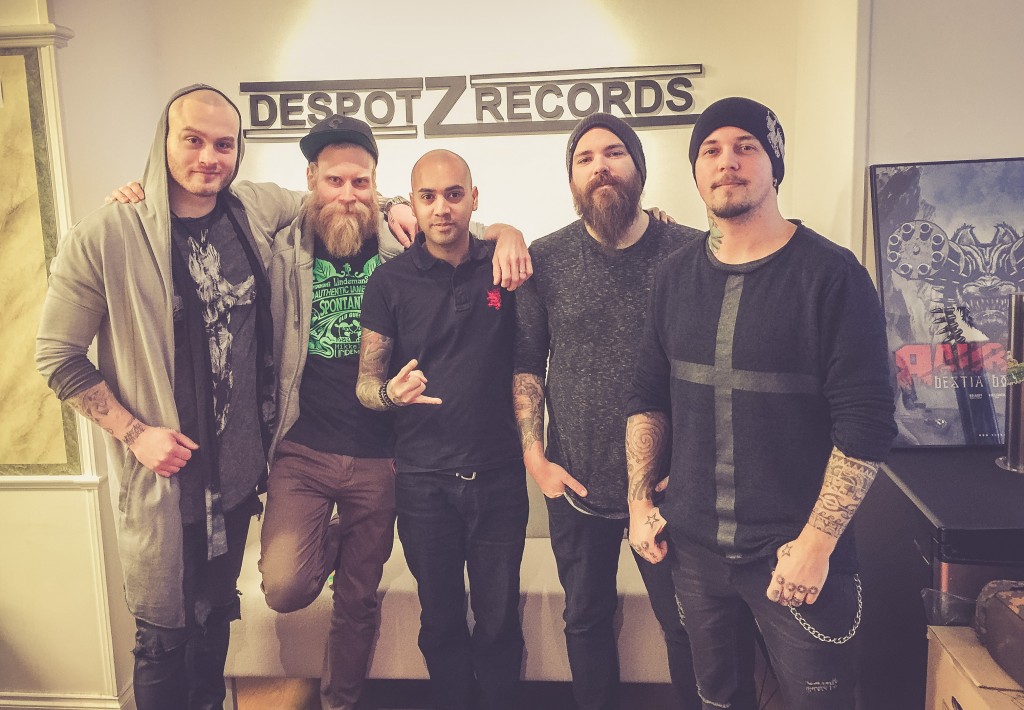 Despotz Records is a Swedish Metal/Rock/Pop Record label / Publishing company which was founded in
Stockholm, Sweden in 2007 with artists such as Raubtier, Thundermother, Crucified Barbara, Tad Morose, Beseech and ­­­many more.

Co-founder and managing partner Mr. Carl-Marcus Gidlöf comments:
“We at Despotz have taken the label international and have locked in fresh new exciting opportunities in North America with Sony Red/Aisa. This signing further proves that our plan to work internationally, based here in Stockholm, directly with our artists combined with a strong PR/Marketing and distribution setup is the future of Despotz. Sonic Syndicate share our vision, we’ve already had a number of creative conversations and we’re looking towards an exciting future. We’re honored to welcome Sonic Syndicate to the Despotz family.”

Since 2005, Sonic Syndicate has been pounding away at the international music scene touring Europe, North America and Asia. Their much anticipated 6th album is to be released later this year on Despotz Records.