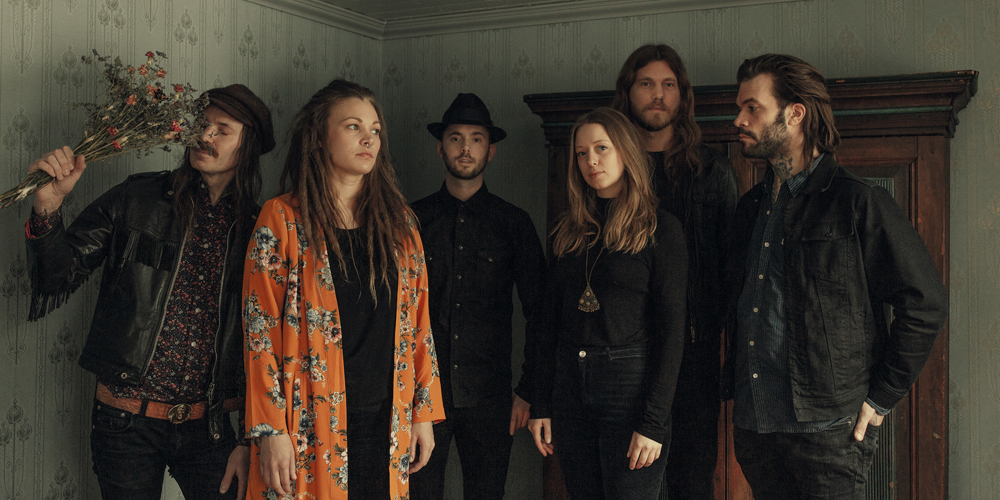 From the dark woods of Värmland, Sweden, the folk rock band Lykantropi invites their listeners to their slightly melancholic rock, delivered by enchanting female and male vocals in  consolidates the lycanthropic touch painted by diverse, catchy melodies. The music is inspired by the 70’s rock that consists of an equal part of their embracing of nature and its force, dark as light.

In today’s  the old folk tales can be thought to belong to the delusions of the past. With their enchanting riffs and beautiful  Lykantropi takes us via the werewolf transformation back to the rock and folk music of the early . Sweet harmonies reminiscent of The Mamas & The Papas are layered with electric guitars and flutes into a witch’s brew. A witch brew that also can be compared to other mighty bands such as Jethro Tull, Coven  Blue Öyster Cult.

In a world that can feel very far away from a cinematic American west coast with playfulness and total enthusiasm, Lykantropi is an oasis in the desert. Here the mystic of the forests meets the dusty vistas of the steppes, and occultism surrounds us with a purple smoke that takes us from east to west enveloped in Scandinavian melancholy.