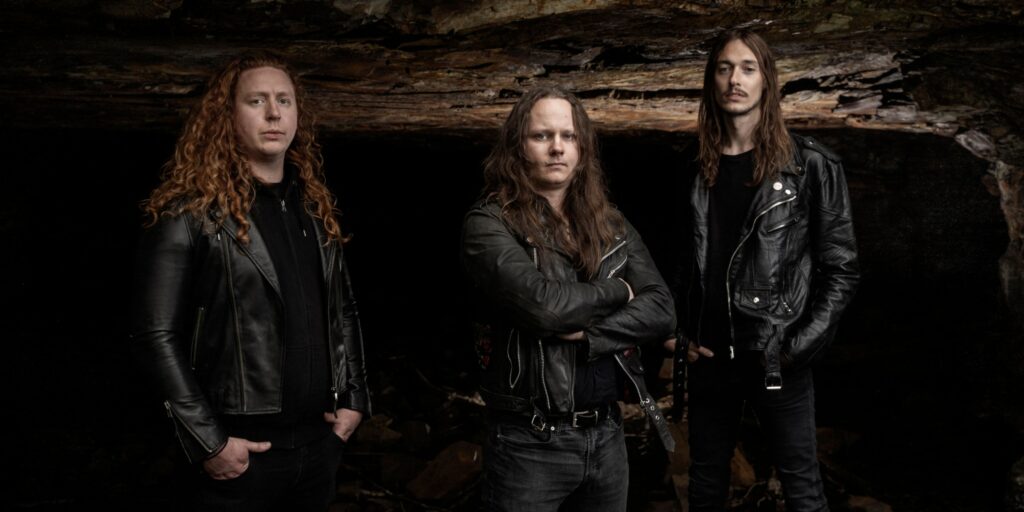 Nekromant is a Heavy Metal-trio from Sweden, forged between two mountains in their home village of Vargön which translates to Wolf Island. The band was first formed back in 2011 under the moniker Serpent, and have since then released three full length albums, drawing inspiration from Judas Priest, Grand Magus, Black Sabbath and Pentagram, to name a few.

Nekromant is, and has been for the last five years, one of the most active, powerful, tightest and prominent live bands within the Swedish underground scene. They have played more than 100 shows, which includes seven European tours and nearly every club and festival in Sweden worth mentioning.

In 2020 the band signed a deal with Swedish label Despotz Records and are set to release their fourth album in 2021.