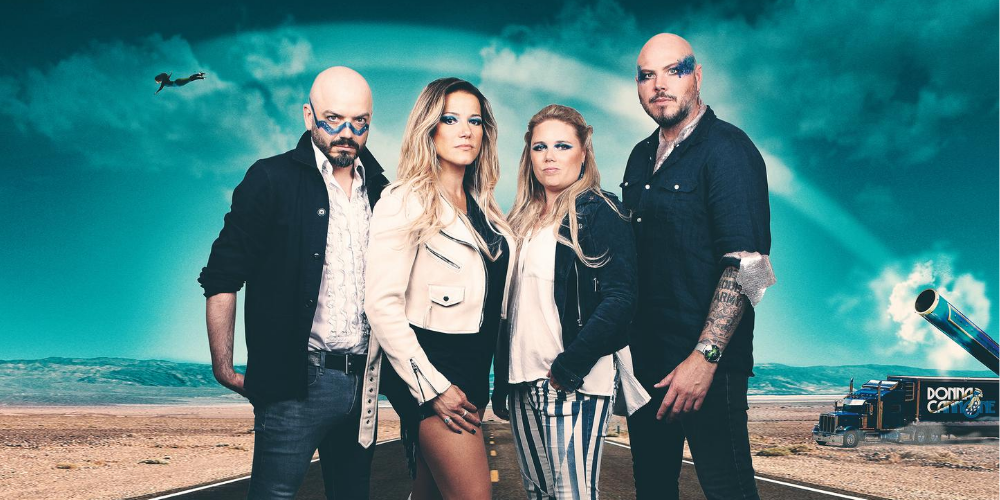 A gloriously hooky slice of melodic rock n roll, featuring two former Thundermothers as well as  the Soilwork/The Nightflight Orchestra main man, the track backs up the band’s statement of intent that music should be fun!

And with that, Donna Cannone was born. Former Thundermother member Giorgia Carteri (guitars) and her fellow Italian colleague Luca D’Andria themselves heading to a rehearsal room a short while ago to play some music and, in their own words, ‘have some fun.’ Giorgia’s former Thundermother bandmate Tilda Nilke Nordlund was brought in on drums as the trio began putting together a number of new songs. A knock at the door brought a surprise as, guitar in hand, Bjorn ‘Speed’ Strid (Soilwork, The Nightflight Orchestra) had heard what the band were up to and wanted in. Soon the quartet were recording demos, and one of these demos fell into the hands of Swedish label Despotz Records and a deal was soon done.