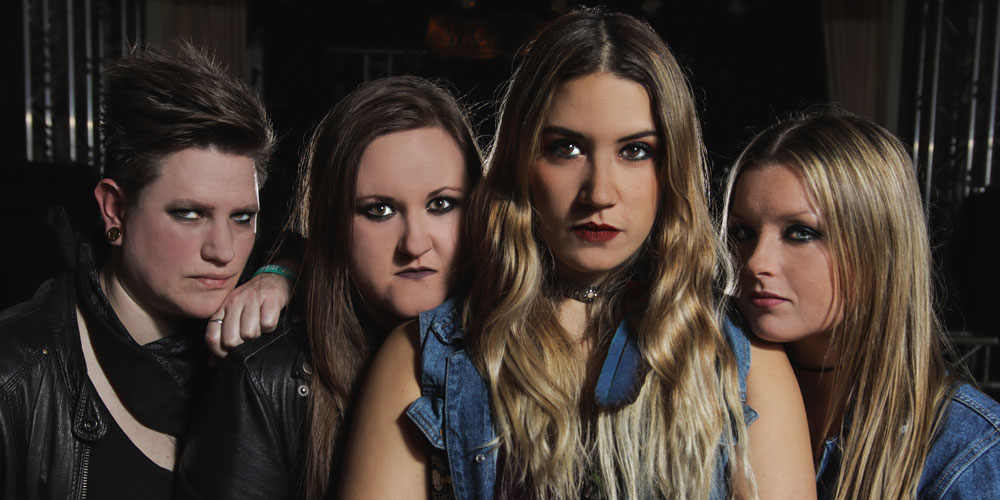 Thundermother are back with three new members and keeps on fighting for their music with the new single “We Fight For Rock N Roll” that was released through Despotz Records June 12th.

“This is a new beginning. We’ll fight for our passion for as long as we can. We fight for rock n roll!” // Thundermother

Guernica Mancini is the soul rock singer from Lund in southern Sweden who previously lived in Los Angeles where she was the singer in the band Souls On 11 together with Jeff Young (ex Megadeth). In 2012 she moved back to Sweden where she started working on her own solo-project and later she founded the band Royal Ruckus. Filippa’s request about singing in Thundermother fortunately came just when Royal Ruckus was going through a rough period with one band member dropping off leading to a cancelled tour and Guernica was ready for a new challenge. After an intense time in Stockholm auditioning and recording Guernica was the new singer in Thundermother.

The bass player, Sara Pettersson from Märsta in Sweden, was an obvious choice since she and Filippa already played together in their side project Hifly. Sara is a great musician who previously has played the violin, guitar, contrabass and piano. Except for classic rock she’s also very passionate about progressive rock and has played in bands such as In Spirit Side Dreaming, Shewolf and GUSH.

Emlee Johansson is the drummer from Falköping in Sweden who’s also had guitar as her main instrument and she is currently studying at the Royal College of Music in Stockholm. She has previously played in bands such as Vision, Frantic Amber and Spitchic. She first met Filippa when they played at the same stage at Sweden Rock Festival a few years ago. After a successful audition for Thundermother the new line-up was complete.