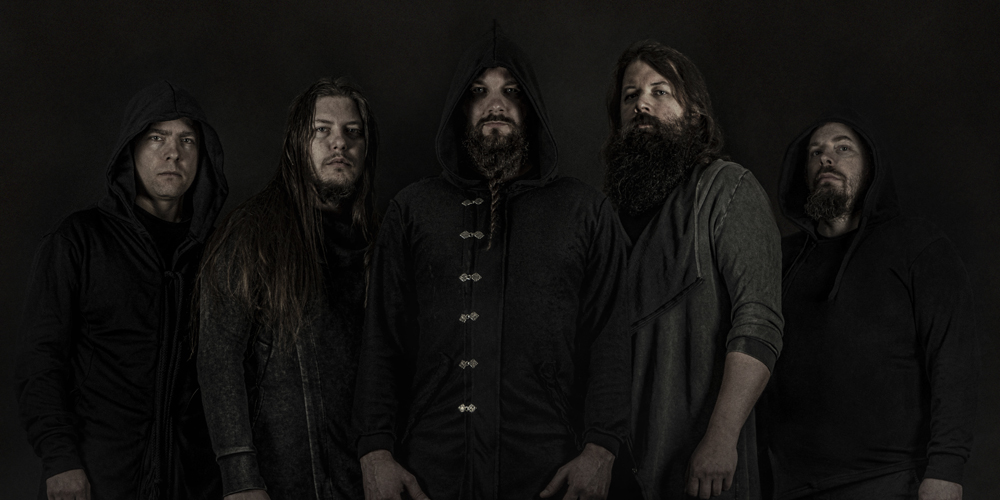 Standing with one leg in medieval times and the other in modern metal, Apocalypse Orchestra weaves their own special tapestry of music. The tones of the hurdy gurdy and the bagpipe entwines the heavy guitars and music separated by over 800 years meet.

The band was formed by musical partners in crime Mikael and Erik based out of Sweden. Inspired by their love for folk music and slow metal they decided to combine the two. With a foundation of original music and lyrics but also incorporating melodies from as far back as the 11th century the goal was to create a musical homage to a era long since gone.

The songs tell of flagellants, plague doctors, tales of hell, the meaninglessness of war and of suffering; they are all chapters in the bands grimoire. To balance it out they also shine a light on medieval art, science and enlightenment.

When several songs had been composed the band was completed with the addition of Jonas, Rikard and Andreas. The Orchestra have since played live on many occasions and has been seen at both clubs and festivals, as well as performing live with the G‰vle Symphonic Orchestra.

Apocalypse Orchestra always looks forward as well as inward, to seek answers to some of history’s big questions. How did people find meaning and momentum? How did they find joy in life when two out of three died from the black death? Was there happiness under the heavy yokes of faith, and what was the air-speed velocity of an unladen swallow?