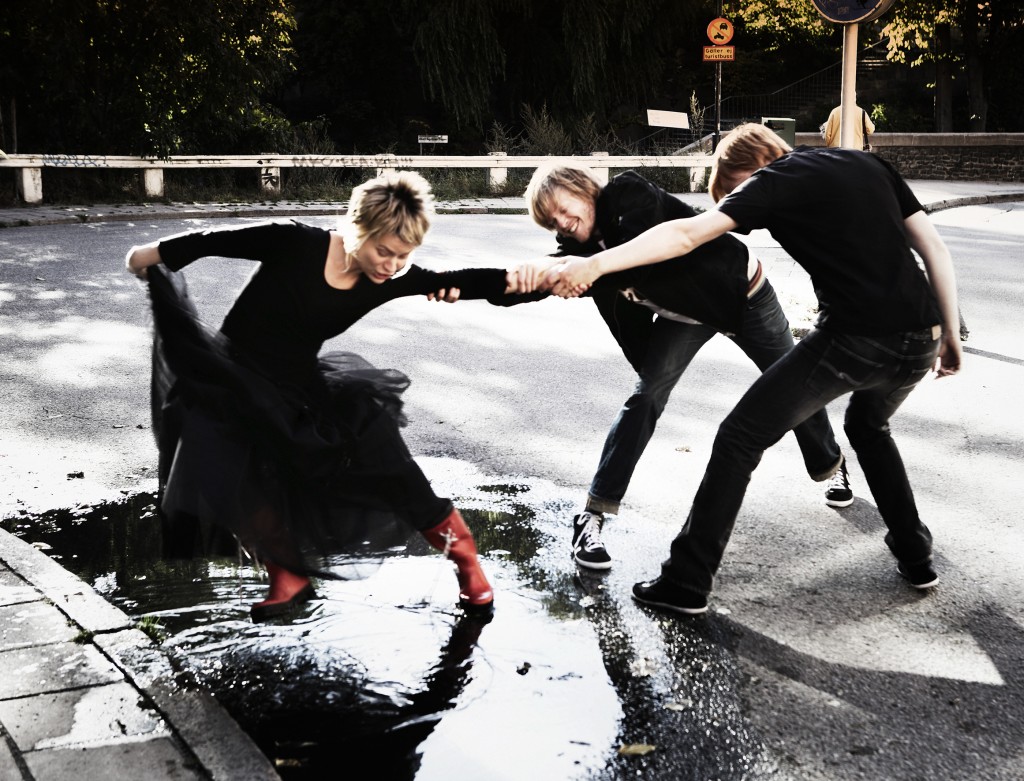 Hellsongs saw the light of day in the early fall, 2004. They kick started with a premiere gig in a barn out on the countryside.

The three piece managed to rehearse and arrange three songs and got cosmic response from the audience. Cheers and suggestions of new songs kept coming during the night and next show lurked around the corner.

In late 2005 the band got a lot of airplay as Swedish media discovered the band through the epic version of Run to the Hills. This track and five more were recorded and released as the Lounge EP in 2006. During the next year Hellsongs started to build a reputation as a impressive live act and toured the Scandinavian countries heavily.

In 2008 the Hellsingers released their full length debut “Hymns in the key of 666”. It entered the Swedish charts at no 9 and has so far been released in the Nordic countries, GAS, BeNeLux, Australia/NZ, UK, France, Spain, Japan and Russia. The album was nominated for the German Critics Award as well as the Swedish Grammy Award, and a successful tour in the GAS countries followed.